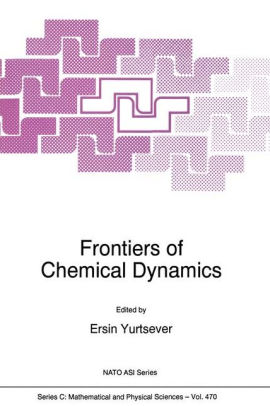 This volume contains the lectures presented at the NATO Advanced Study Institute (ASI) on ” Frontiers of Chemical Dynamics “, held in the Club AIda, Kemer, Turkey, from 5th September to 16th September 1994. The Kemer area, famous for its pristine beaches and craggy mountains provided an excellent atmosphere for an intellectually and socially active meeting. The first class facilities of Club AIda allowed the participants to concentrate on the scientific activities without any outside interferences and disturbances. The main objective of the meeting was to bring experts of chemical dynamics to discuss problems from both experimental and theoretical points of view. The organizing committee has helped a great deal to collect an impressive list of lecturers, although there were quite a number of other scientists whom we would have liked to invite. Unfortunately, the number of lecturers is limited and we had to leave out some of them. The selection of the lecturers from a very long list was a difficult process and those who are approached in our very first attempt were all known for giving very good lectures. The purpose of the ASI’s are mainly educational even though they may be at a very high level and it is essential to keep in mind the pedagogical aspects of the meeting without sacrificing the scientific quality. This point was underlined several times in our communications with lecturers.