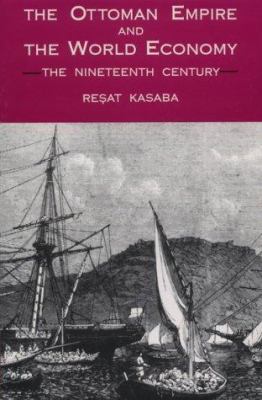 The Ottoman Empire and the World Economy : The Nineteenth Century

The Ottoman Empire is approahced through analysis of its political economy based on world systems theory. Relations with Europe constituted one of the key factors that shaped the dissolution of the Ottoman Empire. Yet a comprehensive account of the nature, development, and consequences of these realtions has, until now, never been developed. This book moves beyond the narrow framework of Euro-Ottoman relations, and places Europe at the center of the expanding world economy as it examines the impact of this global system on the Ottoman Empire. Its main contention is that the dissolution of the Ottoman Empire was the culmination of a long term process whereby the Ottoman territories became integral parts of the European-centered world economy, and Ottoman state a subordinate member of the interstate system.

In addition to the broad processes eminating from outside, the author focuses on the transformation of the political, economic, and social structures in the Ottoman Empire. The changes in processes of production, networks of trade, and relations among various social groups are described on the basis of archival material on western Anatolia.

Considering world affairs and Ottoman developments simultaneously makes this work unique in its field. This approach captures the transformation of the Ottoman Empire during the nineteenth century in all its complexity. In addition to providing original information about western Anatolia, the books also offers a general model for combining the macro concerns of historical sociology with detailed research in social history.